Later that afternoon the group gathered at a local tavern to discuss their next coarse of action,Tom suggested brute force but the others disagreed.This got of the attention an old lady in a dark cloak, her appearance frighted Star a bit then she lead her out of the tavern and into a secret market which surprise the young teen girl. Surprisingly the nice elderly women explained that the item that they were selling were rare and illegal. Out of all the item in the market the one that caught her eye was a glass bottle with glowing light blue liquid, the hooded woman explained that is was a truth potion and that it can make people see and hear the truth which surprise the princess. Star was interested in purchasing the potion unfortunate she didn't have any money but the old lady would accept a trade and so she gave the elderly women her headband and walk out with the potion.

I Always Think Star Butterfly Is 13. Because She Looks 13…I Thought That Until I Checked The Page… 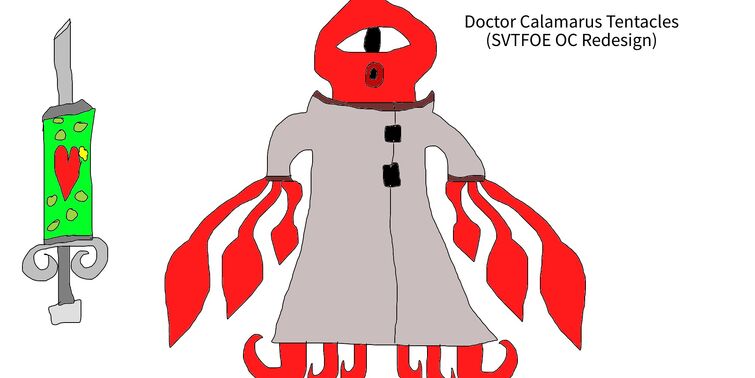 Doctor Calamarus Tentacles is a octopus demon who is a paramedic at his father's hospital giving his patient good healthy check-ups and was good friends with Star and Macro. has an arsenal of medic tools such as a syringe and megavitamins which can either nerf foes or heal and boost allies 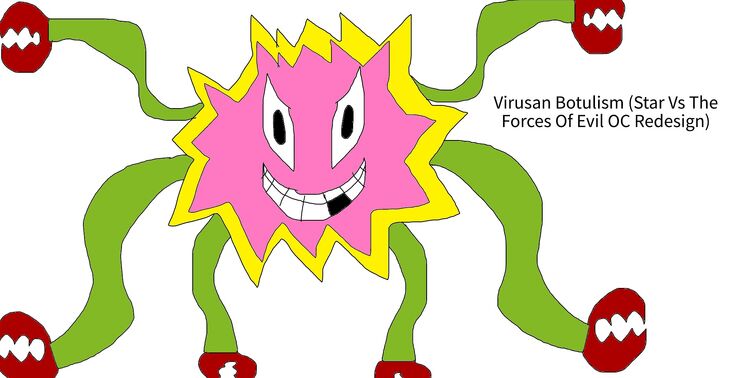 Virusan Botulism is a living bacteria who comes from the Oxide Dimension and loves to study on Body Cells and Amoeba Researches giving him the rights as Prince Toxin Dioxidea's Personal Scientist. he can create, shape, and manipulate blood, an essential body fluid in humans and other animals that delivers necessary substances such as nutrients and oxygen to the cells and transports metabolic waste products away from those same cells.

Star vs. the Forces of Evil Persona Redesign | FandomI have decided to do a Redesign of My SVTFOE…starvstheforcesofevil.fandom.com 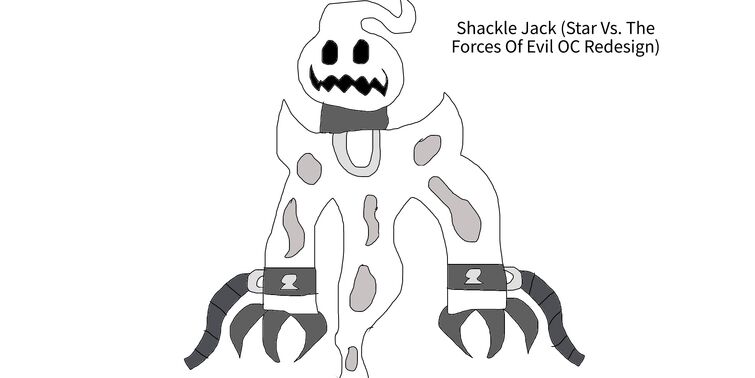 Shackle Jack is a ghost who was sent to prison for 1000 Years in the Undead Dimension before escaping and making home in a graveyard. He is able to possess others to make them leave the area fast as well as objects to frighten them + use his enchanted shackles to give himself immunity to magic.

I love all characters and episodes. ,

But I love outro and intro songs

Given how Moon's character is not handled well throughout the entire series,even after her backstory and how she trusted Eclipsa and mistrusted her due to the dark spell incident in Battle of Mewni, due to being too traditional,strict,and racist and always being so harsh,overbearing, and cold towards Star by forcing her to do things her own way,even traditional princess stuff instead of letting Star doing things her own way and getting so mad at Star at times. She even betrayed her own daughter's wishes despite knowing her many struggles and understanding her maturity and respecting her independence in Here To Help and Pizza Party. Since Star never had the chance to stand up and comfront her mother since she almost stood up to her,but is almost stopped by Moon when she tells her truth in Starcrushed and Return To Mewni,how in what successful way would Star finally be in the right in standing up to her mother and calling her out on her flaws,problems,mistakes,and actions and for lying and betraying her in Season 4,as well as mistreating and despising Eclipsa because of the Dark Spell incident. I know Moon isn't a bad character,but I find her flawed compared to the more likable and interesting characters and couldn't learn to be a good mother due to her pride and bigotry. 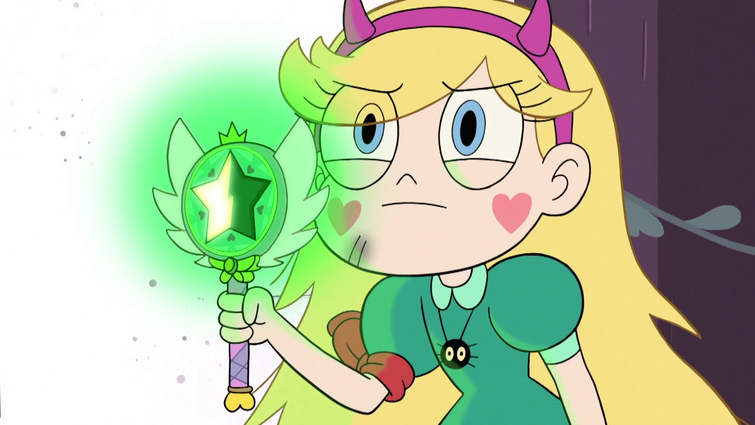 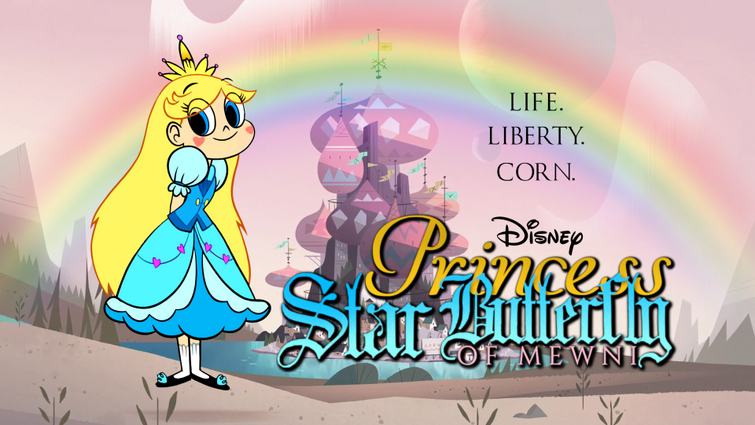 Soon, Disney announced that the Star vs. the Forces of Evil TV series was revived for the last four seasons, so Disney Television Animation announced that there was a Disney+ original feature film featuring Star Butterfly, entitled Princess Star Butterfly of Mewni. With the success of the Disney+ original feature movie, Star vs. the Forces of Evil was revived for its fifth season. In fact, it launches the Princess Star Butterfly of Mewni franchise, as a musical fantasy franchise, making Star Butterfly an official member of the Disney Princesses.

The character designs are very faithful to the Star vs. the Forces of Evil TV series.

Star Butterfly wore her princess outfit from the first episode of Star vs. the Forces of Evil, entitled Star Comes to Earth, which became her most iconic outfit of the franchise, but there's only one difference: she wore her pair of her very shiny black shoes, instead of dark blue, to make herself even cuter.

The franchise was set in the alternative continuity.

It had Disney Renaissance-esque background.

For the franchise, these residents from Earth, especially Marco Diaz, does not ever appeared.

It had orchestral soundtrack, as well as the theme song of the franchise, "Magical Mewni".

Star Butterfly's personality became more cheerful, girlier, more mature, more Genki and a lot happier, as she ditches her tomboyishness and her brutalness.

It ditches the dimensional scissors from Star vs. the Forces of Evil.

Princess Star Butterfly had more magical powers, including her magical ability to fly without her wings.

While it sets in the medieval times, it ditches bits and pieces of the modern world.

It was one of the most popular Disney Princess franchises.

For the feature films and TV specials, the male-like narration is a nice touch.

Star vs. the Forces of Evil was reviving soon.

(edited by Eric Bagwell)
Star vs. the Forces of Evil

Application For: Star Vs the Forces of Evil Wiki Wiki Fandom Discussions Moderator

Days/Months You've Been Editing Here: Since November of 2021

Why I Should Have This Role: Because I have experience.I'm a Discussions Moderator on the Hamilton Wiki Fandom.I also am interested in helping out here.I love helping people out and I'm a really good moderator.I'm polite and I love this wiki.I'm very active on it and am hoping to get this job!Thank you!

(edited by Charley the Cowgirl Imp)

Our time travel crew have arrive in Mewni once again but time it was during Queen Solaria's reign. Their first step was to find the queen when suddenly they heard some explosion at a nearby village when they arrived an intense battle was being held between some armored knight and a gang of monsters but lucky it ended quickly. The villagers were pleased but Solaria was nowhere to be found however the gang did someone that Star's did recognized it was Jushtin Butterfly Solaria's brother who was standing in the crowd, While the soldiers were leaving Star notice that Mina was blushing when she say the prince and that was when the princess form a plan which involved playing cupid between Jushtin and Mina.

While I like SvtFoE,I do understand there was one thing that is the entire show’s main unresolved problem:Why didn’t Star Butterfly never learn or didn’t show any regret or remorse for her flaws and mistakes at all in the series,including her self-absorbed,arrogant,stubborn,and irresponsible behavior and destructive actions? I know Star matured a bit in the later seasons,but despite that,she still had her old personality and remained the same reckless,arrogant,immature,ignorant,irresponsible,destructive,vain, and selfish person as she was back in Season 1. and she even went to far just to destroy the magic with no choice in the final episode? Why didn’t creator Daron Nefcy and the writers didn’t change Star into a better character and why Star didn’t learn about the dangers and conquences of her terrible,selfish,and destructive actions(along with not being acknowledged or being called out for it) and we’re left unresolved at all in the entire series? I hated how Star’s behavior and problems were left hopeless with no redemption and remained unresolved after the series ended,even after she destroyed the magic due to her mother starting a war on Mewni? I want a revival or reboot to see Star redeemed and finally learn from her problems and selfish,reckless actions. 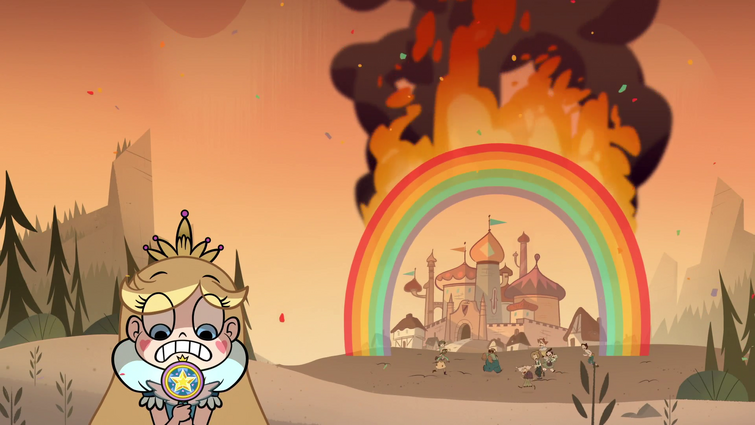 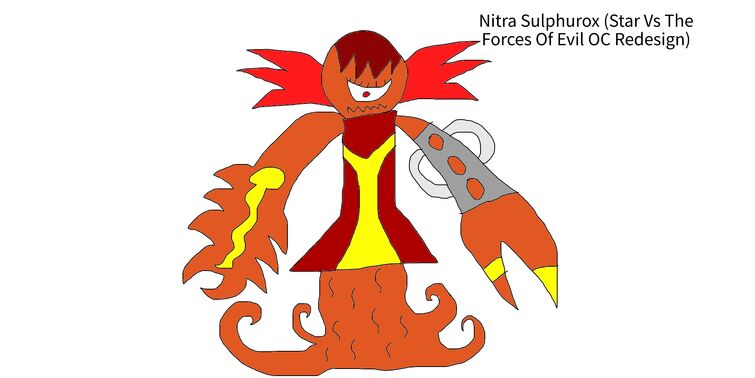 Star vs. the Forces of Evil Persona Redesign | FandomI have decided to do a Redesign of My SVTFOE…starvstheforcesofevil.fandom.com

I just wrote and mailed another letter to show creator,Daron Nefcy,this time I just wrote a letter asking her a lot of questions about the show,including Star and Moon's characters and asking her is she ever gonna find a way to bring back Star Vs. The Forces of Evil in some form? 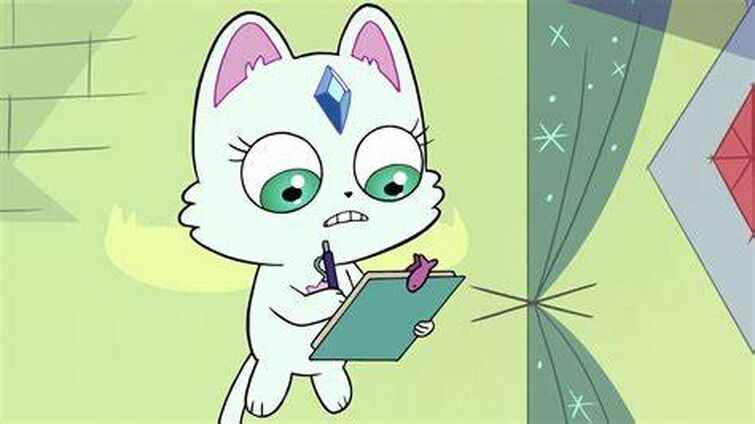 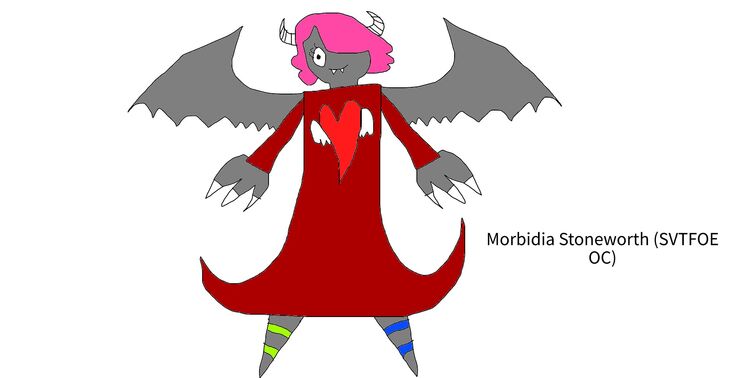 A Gift for My good old friend, @Charley the Cowgirl Imp as i made her a brand new Persona to use for her SVTFOE fan season 5 idea as well as @Dinoben95's Fanfic

Morbidia Stoneworth is a young gargoyle girl who is a huge fan of Star Butterfly as well as an ally to Price Toxin Dioxidea (SVTFOE Persona). she can manipulate, control and absorb the energy released naturally by minerals, stones, and rock into her body to increase her psychical strength and magic.

Please all on this wiki sign this petition to bring back SvtFoE? | FandomSince I haven't got a letter response from Daron…starvstheforcesofevil.fandom.com 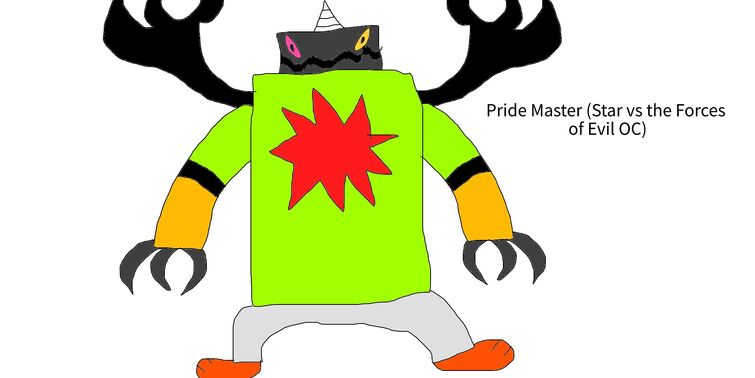 Pride Master is an egotistical demon who cared only for himself and wanted to rule all of mewni in shadows by obtain star's wand. use a form of magic that is related and based on darkness and shadows. For example, one can us this magic to gain access to (esoteric/mystic/magical) shadow-related abilities (E.g. Shadow Manipulation) or to cast spells that require or are related to bones (E.g. an Astral Projection spell or Healing spell).

Please all on this wiki sign this petition to bring back SvtFoE? | FandomSince I haven't got a letter response from Daron…starvstheforcesofevil.fandom.com

3 years from today, Mariposa Diaz and Meterora Butterfly were introduced as teenagers. 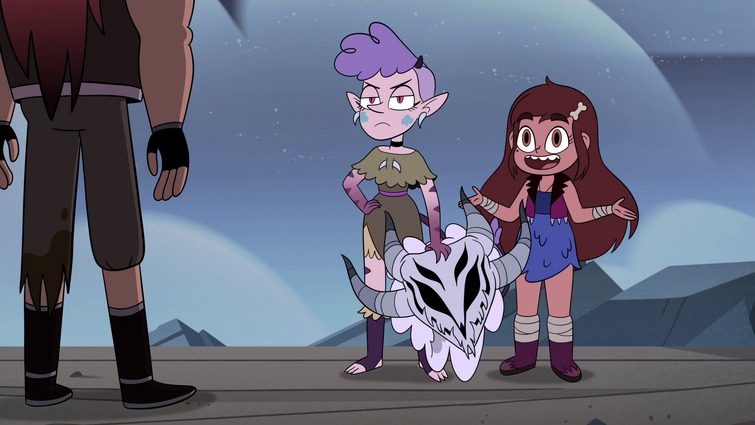 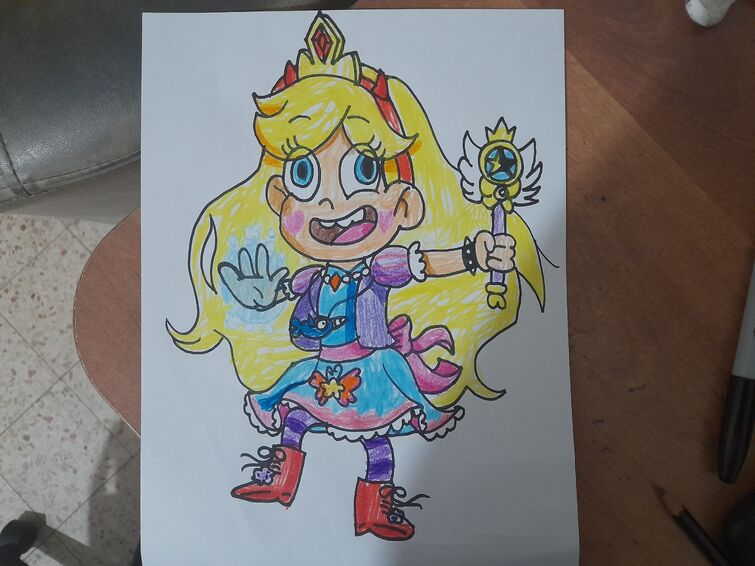 While the giant robot held Comet in its iron clutches, Moon and River were still trying find a way out of the jail cells when suddenly they heard the sound of the cell door opening and an innocent person being thrown in. The married couple walked over to see who their unknown cellmate was? when she revealed herself they were shocked to find Moon's mother standing in front of them. Overcome with of tears of both joy and sadness Moon apologizes to her for all the awful thing shes done in the past, but Comet quickly hugged her daughter and apologizes to her for leaving her when she was young.Moon then reminds her that is wasn't her fault and that Toffee is to blame and hugged again. Eclipsa was a bit surprised too when Moon introduced her elderly mother to the ancient queen, then she relived that she'd heard about the stores of Eclipsa.but she didn't fully belive them. Next Eclipsa introduced Comet to her husband Globgor and her daughter Meteora. Suddenly Moon ger concern about Star's whereabouts then Eclpsa informs that Star and her friends are about to warp to the era of Queen Solaria, realized there nothing they could do about they sat on the ground and hopes she will be safe.