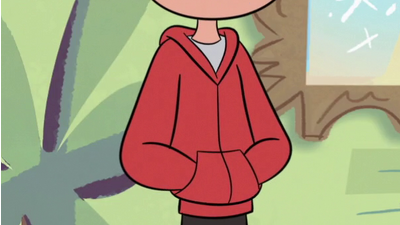 Marco Ubaldo Diaz is the deuteragonist of Star vs. the Forces of Evil. He is the son of Rafael and Angie Diaz, as well as Star Butterfly's best friend on Earth. From "Lint Catcher" to "Cornonation", he lives on Mewni with Star and her family. As of "Doop-Doop", he goes back to living on Earth... 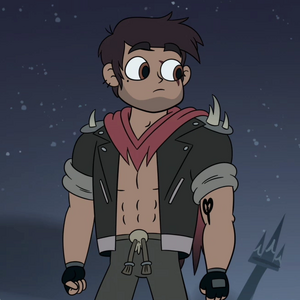 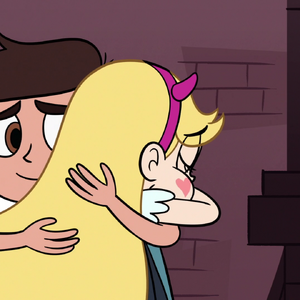 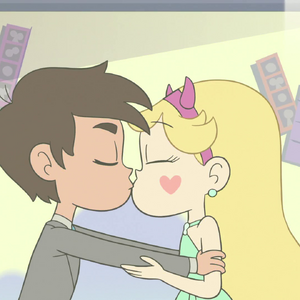 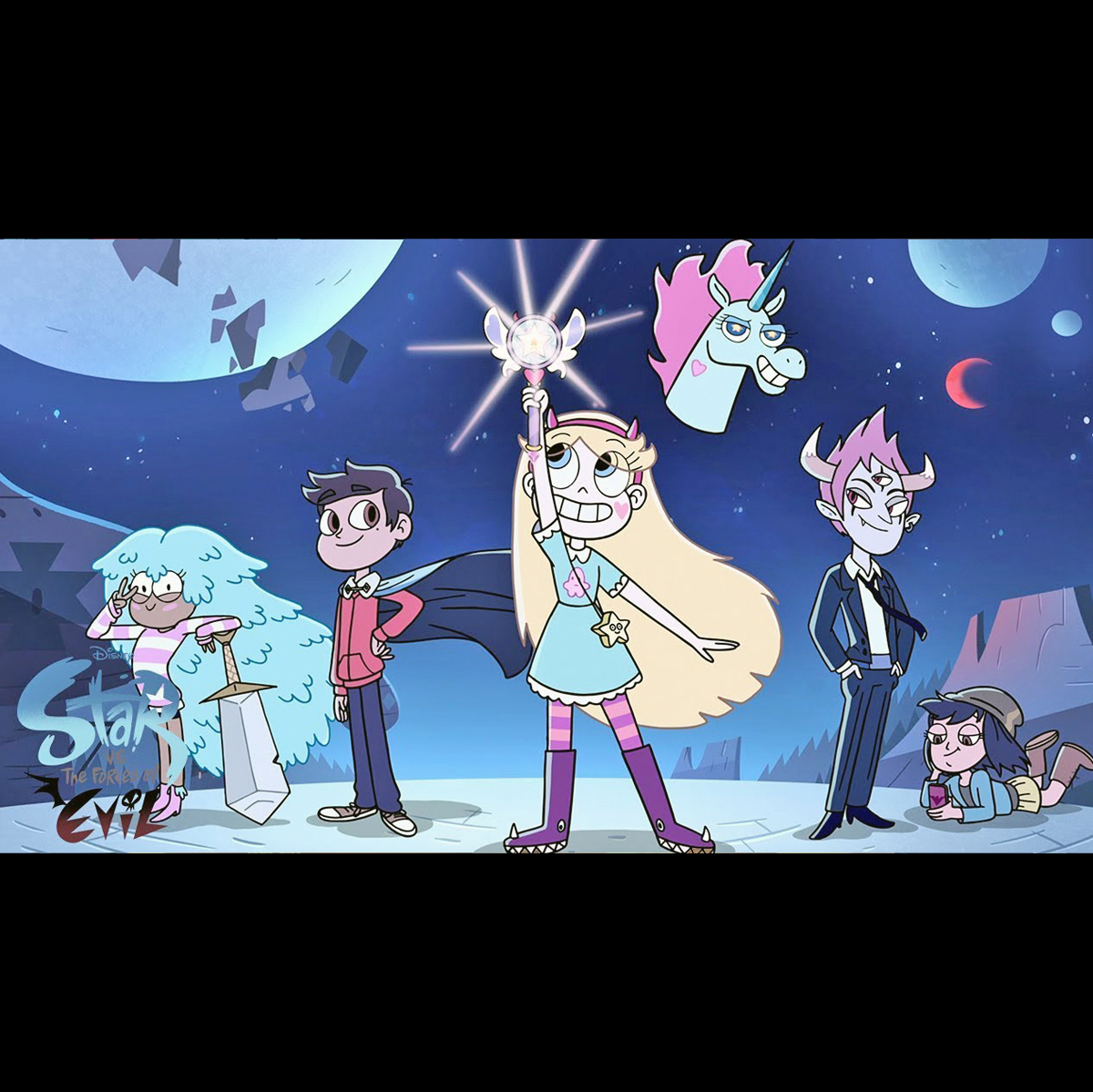 Star vs. The Forces of Evil 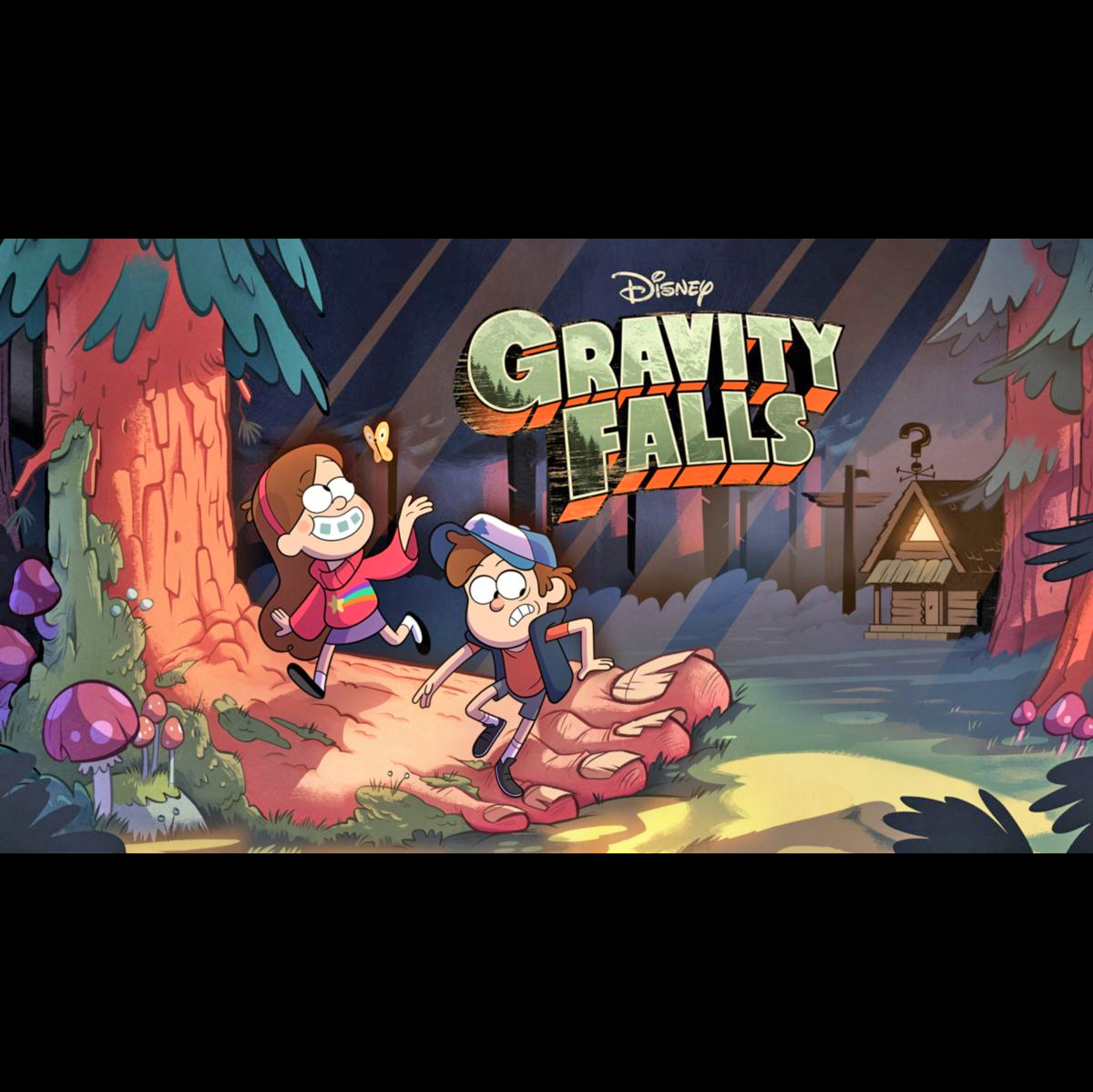 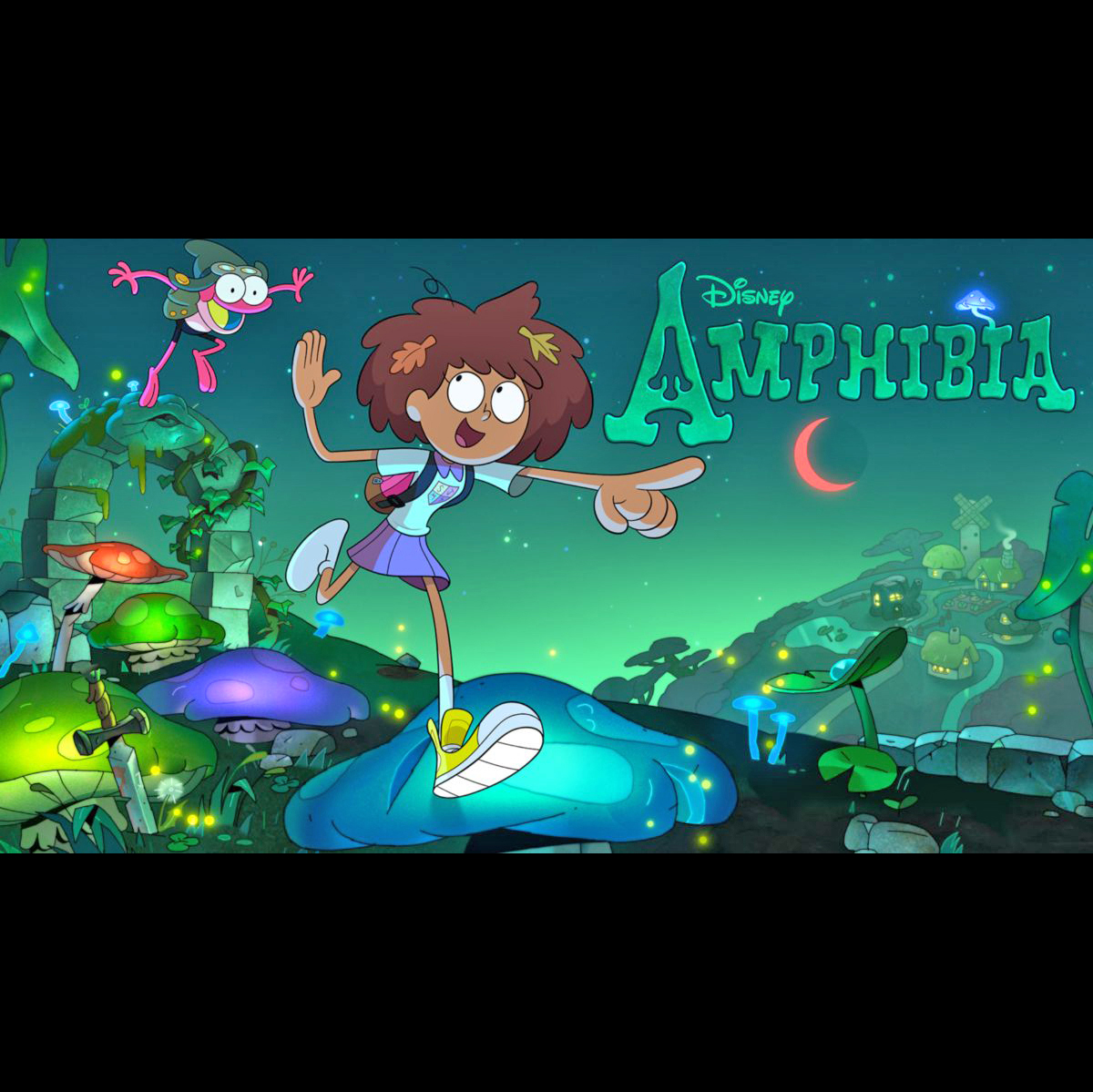 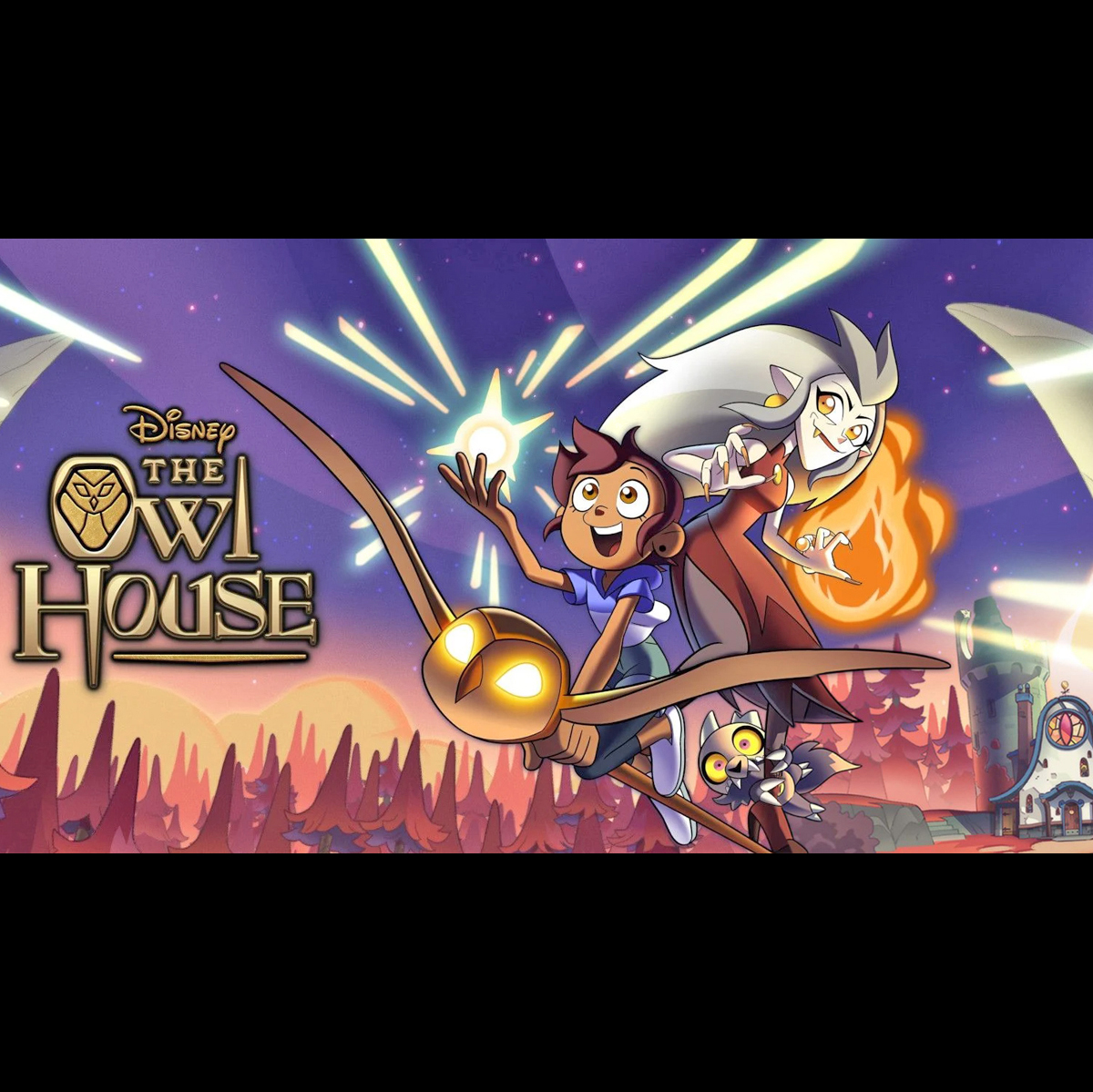 What if Star and Marco encountered these creatures?

If your expect this entire discussion isn't safe for work your wrong, because it is primarily a discussion about such sanity that slaps the entire fandom more harder than Marco's third degree burn on the back of his head. However without forgetting about the wonderful past of svtfoe let me get to the point.

For those who arn't aware or have heard of the title of this 100+ page galore of the centry that would probably be the 2020 urban dictionary. What comes second you ask, is probably if not the biggest headcanon and underrated infamous comic in svtfoe history and the hilarious topic; "Between Friends" which is a NSFW episode-filler comic, that despite what it already stands for, do not be mistaken for what I just addressed. The "episode-filler" part of the title is literally not a scale of how accurate this is to the original shows writting and character diologue.

Alright I literally posted this reply under a discussion that was posted in 2018 so I'll just quote myself here:

"If any research is going around, hello there. Hope your dedicated to make a youtube video about this assumed forgotten topic, but just to do the job to ya; this deserves a look back. This comic is hysterically accurate. The character traits even including NSFW elements was actually suprising because it got interesting to its twist. The comic is ridiculous and reason being, is because it takes you with the same elements as the show (as reading the comic). The characters are literally (if not) very accurate in both reaction, diologue, and humor. Everything you know about anyone in the comic actually (Star and Marco included) are quite literally the same. This is almost done so well as if it's an actual episode, and the scary part isnt even the NSFW. It's the fact that the writting is done so well that it's not even cursed or anything like that. It's almost a legitament romance/plot comic and it actually would be worth reading even with the "disgusted" NSFW scenes. To carry out, the intentions of this comic is clear that the writting is quite fairly done legitimately, with elements more than just NSFW, but alot of things like the development of their characteristics. This is almost like a "oh you utterly dont mind shipping starco" moment because you KNOW the characters. It's something that even Daron Nefcy heard about which was HILARIOUS. Remind you, daron has worked with various "artistic designs" but nothing that's actually been intended to be NSFW (sorta), but with the writting of the comic, it's actually ridiculous.

I think the last reply here was April 2020, so suprised that some people now and then do revisit this topic (or even the comic itself). I actually wanted to look more into the comic because I dont remember all of it. For people who are innocent ofcourse arn't gonna understand besides freaking out to only one certain thing, and that's kinda understandable, but these elements literally just makes it "realistic" because that's like putting a show from Cartoon Network into Adult Swim for instance. Anyway, the comic is ammusing more than anything else and has wanted me to react more to comics like these. There are not many comics like these once, and for some reason this has somehow got me into "Down to Earth" which I recommend for the sake of those who are just as ammused. (No the comic is not NSFW as of 11/19 at least). Anyhow, that's it. You actually read my whole paragraph holy crap.

Props to you. See you when svtfoe season 5 or reboot comes out in like 10 years."

Yeah, and as if that wasn't enough I dont think I need to better review this topic as this is something I genuinely ask for what the community thinks about it. If your aware what are your thoughts about the comic and what scares or suprised you about it in the past? Well as said in my long quote, see you all in season 5 in the distant future (probably).

Star ButterflyMarco DiazStar vs. the Forces of EvilStarcrushedTom LucitorTom Wants to Break Up / The Right Thing for Tomstar
YESSS, Of course!
NOOO, not at all!

Give me a character, ship, or anything from Svtfoe and I'll make it! Just leave your suggestions in the comments!

Star ButterflyMarco DiazJackie Lynn ThomasJanna OrdoniaAlfonzo Dolittle
Ruby Roundhouse from Jumanji and Marco Diaz are both masters at Karate. Who would win in a Death Battle?
(edited by Mauitheyoshi)
Marco Diaz

Season four has been pretty good so far, but the one thing I can't seem to get is the shipping that's happening in the show.  From 'Curse of the Blood Moon' hewing into Starco, to Kellco being built up an only dumped off-screen in an otherwise pretty good episode to building up Starco again.  I think that in her attempts to make Starco interesting, Daron is bending over backward WAY TOO MUCH to make it happen.

Tom's character development has been astounding in this case though, but I think it's time to stop with Starco a wee-bit.  Don't you guys agree?

I know i know this post is supposed to be in the "infobox changes" section butttt ...i think it is better for this to be in this section because the General Discussion is more active!

Uhmm hai! My name Gabe...don't know why i started with that awkward introduction xD

Anyway... I want to suggest that every character pages infobox picture should be changed...

Comparing to the Steven Universe wiki where their infoboxes are backgroundless, "storyboard" and in their daytime pallete...i think it would be more.. "neat"? to also have that in this wikia because it kinda works...

Some wikias have headshot pictures like the Fairy Tail Wiki but I think it would be better to have the full body backgroundless picture too...

In this another forum by me, I know that this is the SCARIEST comic in SVTFOE Fandom. I have read this story and I read a little bit of the story and makes me speechless and make me to skip more parts and decided to stop reading it FOREVER! So, do you guys have or rather read this HORROISTIC story ever in your life and how's your reaction about this?

I know this is my another SVTFOE Forum & Theory. This time is about another thought to Booth Buddies. As Marco tells Tom that he kissed Star, Tom seens that he does'nt care about that, but actually, he was mad in his heart. I know this is to be a reallity relate but sometime we see that clip, most of you, (including me) had a bad feeling about this. So, how do you guys think about this?

I find it so hard to decide whether I ship Starco or Tomstar. I shipped Starco ever since the first episode, then I really started to like Tomstar and MarJack, then I was sad when Marco and Jackie broke up, but I got over it, but now we've got so many cute moments between Star and Marco and Star and Tom, I'm not sure whether I ship Starco or Tomstar.

Well, maybe back then it felt obvious that yes, of course that sun is marco.

But now, there's something fishy going on here after marco got some marks and a wand.

The show has no reason to sway from the idea marco is  a sun, because well, this floor, seems to indeed be depecting their bond?

But.....if marco's supposed to be a sun, why doesn't marco have any sun symbolism attached to him within the show? They have no reason not to, they do it with star all the time, so why not do a ton with marco and on top of that when they have a fine oppertunity to give him sun marks or a sun wand...

then give him MOON marks and his wand looks nothing like a sun to any degree. If the marks tune into personality, and so does the wand, why do they have nothing to do with the implied sun marco is supposed to be?

Is something else going on here, because last time i checked moon's are treated as the opposite of suns in media, even on this show.

Maybe back then it felt obvious and even with him being called sol orginally, but considering how old that is and that it's not enough to explain this choice to leave suns symbolism out of marco's character, it makes me wonder if something else is up here.

Think the crew is up to something? What do you think is the reasoning for this?