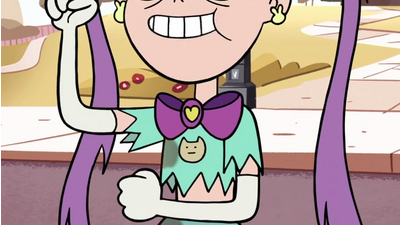 Mina Loveberry is a famous magical warrior from Mewni and Star Butterfly's former idol who first appears in the episode "Starstruck". She serves as the main antagonist of the fourth and final season of Star vs. the Forces of Evil, leading an army of Solarian super-warriors to wipe out all... 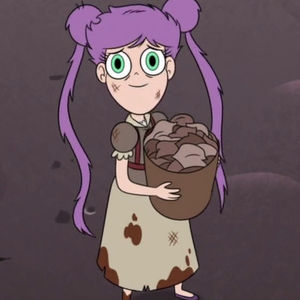 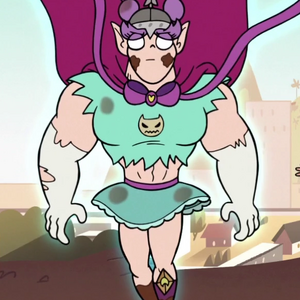 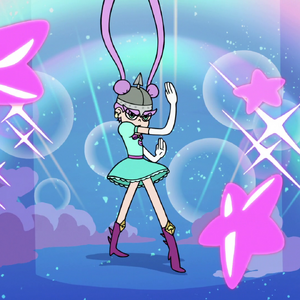 Wait so how was mina still alive during the time the show took place in? i mean she lived during solaria’s reign which was like 350 years ago, and she hasn’t been crystallized like eclipsa, sooo ???

Mina loveberry role was a main villain in the final season because of her plan to takeover mewni.

How her main goal was for.

I mean, she fought Mina once and Mina was completely defeated, by her soul absorbing eye-ray. If Eclipsa can undo her Black Velvet Inferno or accelerate her growth, maybe Meteora could defeat Mina and the Solarian army... Magic would not have been destroyed.

From what we know about her so far, Mina Loveberry is a crazed warrior who once served in Mewni's royal court and was later discovered in a dumpster on Earth. How did the mighty fall so low? I believe I have the answer and an explanation to her purpose in Season 4.

A potential clue about her mysterious past is connected to Meteora. In Monster Bash, she explains that she's been searching for Meteora for many years for the goal of exterminating her. Now recall Butterfly Trap, where the Magic High Commission had revealed that they arranged for her to be taken away to live at St. Olga's Reform School.

This opens up several questions - Why would Mina be obsessed with Meteora if her allies already got rid of her? Why didn't she know Meteora was at St. Olga's this whole time? If you ask me, I believe that her excessive prejudice towards monsters brought her into a gradual spiral into insanity. It wasn't long before everyone else in the royal court knew she was changing. When Meteora's fate was being determined, Mina had pretty much lost it - she didn't just want to get rid of Meteora, she wanted her dead, ​​​​​fearing she would be dangerous as a Mewman-monster hybrid. So, without telling her, the MHC conjured up their plan.

Sometime during this event, Mina was either kicked out of the royal court or simply decided to go it alone, becoming more and more deluded as years passed. Now imagine the look on her face when she discovers that Eclipsa has not only reunited with Meteora, but has the wand and is about to free Globgor! To point out something else, remember when she caught Star freeing the monsters she captured and called her a traitor for it? Imagine the thought of betrayal when she finds that her "mud sister" willingly gave her wand to Eclipsa.

I believe Mina will rise as an enemy of both Eclipsa and Star and be a major antagonist in the fourth season. If the theories of Globgor being evil are correct, he will plot vengeance on the Mewmans for what they've done to him and his family. Mina, in turn, will gather an army of rogue Mewmans to fight off the 'monster menace'. And now that Star is left in charge of the kingdom, she will have to deal with this upcoming war...it's gonna be a wild ride.

Now for the rest of Season 3 after Stump Day, do you think Eclipsa will become a good guy, will the Magic High Commission will go easy on Star for both the portals and the party at the monster temple, is the union between Mewnians and Monsters is what this season is all about, will Jackie, Janna and StarFan 13 will join the gang, and do you think Mina Loveberry is the main antagonist in the series?