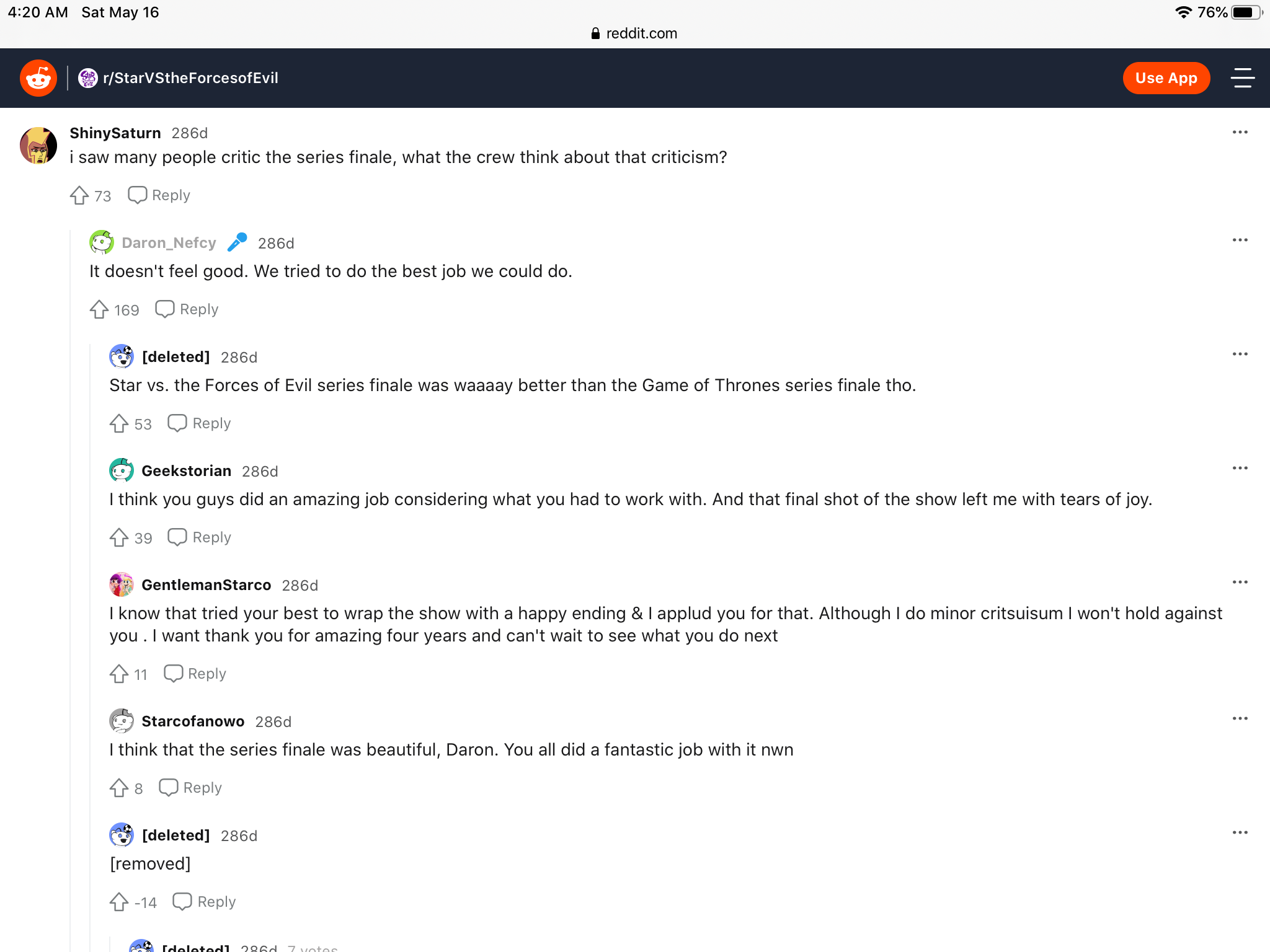 Oh, poor little sweetheart... Well, too bad for you, in the moment you create something and put it on public display, people have all the right to say whatever about it, as long as it's not gratuitous insults. And the criticism about the final season it's not. So, too bad for her she has not the mindset of a content creator.
Hey cut her some slack ok? she tried to do the best she can, we should all respect her choices, it's not right to call her out when she feel down. i mean, what is your problem? can you at least try to respect of what she says?
Nope. She's just a crybaby who isn't able to take criticism and blocks anyone who doesn't agree with her. Even if she did some things right with her show, I have not to pay her more respect than she deserves, and she doesn't deserve much.

Hey, that doesn't to give you a right to call her a crhbaby, she did all she can, i have to give her credit, you don't have the right to mock people who doesn't like criticism, you sound like a bully. you should go fuck yourself and your mom you Boner.